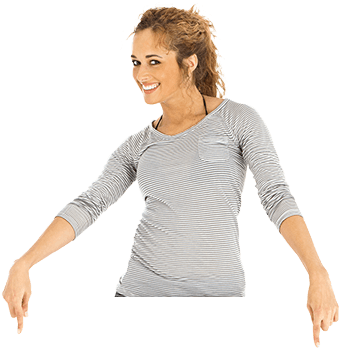 Avoid the hero trap and close the intention-action gap

Study shows commercials putting people's dreams and ambitions first are 29,4% more effective. For most brands purpose seems like a juggling Mother Teresa it looks extraordinary but doesn't change a thing. That's unfortunate as we've a serious challenge to solve. People are steadily falling out of love with brands as proven by the Havas Meaningful Brands survey and others and yes, purpose did seem like the knight in shining armour. The climate emergency, the unprecedented loss of biodiversity, the acidification of oceans, rampant population growth, lack of fresh water and the list of urgent issues to solve goes on. As more brands and CEOs are waiving the world-bettering banner it's unfortunate to watch how purpose is turning into a two-headed monster where profit and purpose aren't aligned. I'll claim, it's because your brand hasn't truly figured out what meaningful role it's playing in people's lives. A Good Life Report from Sustainable Brands pinpoints that 65% believe they can influence companies to do better through purchase, yet only 28% followed through and purchased the product or service. There's a 39% gap between intent and action. Maybe all people need is that little push? Maybe they just want to feel understood and supported rather than listen to yet another brand talking about its green accomplishments and world bettering ambitions?

From your brand's dreams and visions to people's

You have to challenge the naval-gazing, organisation-centric, Simon Sinek's world-view and stop asking WHY or you'll simply come off as a howling preacher, a hero destined to fail. Instead you should ask the enabling and supportive questions: WHO you can help people become? Only then your brand begins to play a real difference in people's lives pushing them towards their dreams and aspirations or helping them tackle obstacles or challenges in their lives. Remember this is about change right? And is there one thing changing behaviours have taught me through two decades working in advertising, it's that the only one who can change your behaviours are yourself. Unless you are self-motivated and taking control of the change, you rarely succeed, which anyone who's ever tried to quit smoking can tell you. Your doctors can tell you to pack it in, your wife and kids can try to motivate you, ads on the packaging can scare you to quit, but, at the end of the day, you need to make that conscious decision yourself.

The key to unlocking change and ultimately sales

To test my thesis, I did a research in my new book The Hero Trap and identified four commercials with a classic purpose approach ("Believe in us as an organisation to bring change") and four commercials with a transformative promise ("Believe in your own ability to bring change"). One of the purposeful commercials we tested was last year's Budweiser commercial "Wind Never Felt Better", which shows a Dalmatian riding on the top of a wagon of Budweiser being hauled by Clydesdale horses through the California countryside, accompanied by Bob Dylan's "Blowin' in the Wind." In the background windmills are spinning. The text states that Budweiser is "Now brewed with wind power" and how "This Bud is for a better tomorrow". Compare that narrative to one of the transformational commercials we tested; Nike's "Dream Crazy", which shows a montage of people overcoming challenges and striving to become the best ever in their sport or becoming bigger than their sport. In the end it's revealed that American football quarterback, Colin Kaepernick, is the narrator with the words, "Don't ask if your dreams are crazy, but if they're crazy enough." We tested on criteria such as brand warmth, competence and motivation. On brand warmth and competence, the purposeful and transformative commercials did pretty much on par, but when it came to motivation the gap widened. The transformative commercials' focus on motivating people to change pays off as they scored on average 29.5% higher. Think about the potential when people are 29.5% more motivated to act on your messaging when you are taking a transformative approach? Think about the change that can unlock? Heathier lives? Greener living?

Unless you as an organisation focus and plan your efforts, and your entire brand for that matter, on enabling people's transformation, you can't be surprised if their intentions don't convert to sales. The mass-marketing, mass-branding approach where brand is king has to give away to a people-first approach with a stringent focus on individual change! This is when the change can be felt in one's own mind and body - rather than being just a slogan or catchy campaign line. People's expectations are getting higher every day. Reports, certificates and glossy marketing campaigns won't cut it any more. This is not a race for transparency, it's not a race to being better, but a race to make a meaningful difference in people's lives. The idea of a consumer defined only by buying is giving way to a new role where it's all about better living or self-actualisation. From having worked on behaviour change campaigns targeting alcoholics, I know that the only thing they need is someone who believes in them. Someone who believes that they can change, when they often have given up hope themselves. It's worth helping people help themselves. Your organisation is no greater than what you can make people achieve. 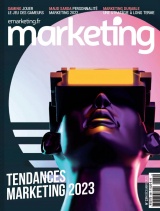